Potash penny stock Encanto Potash Corp. (CVE:EPO) surges as the Company takes a key step in its plan to become a supplier to Metals and Minerals Trading Company of India

Potash penny stock activity continued to whet the appetites of a few speculators Thursday, while there was good news in the troubled oil patch. Here’s some small stocks making big moves on Thursday, April 28, 2016 (as of 4 pm EST):

Encanto Potash Corp. (CVE:EPO) shares powered 32% higher to $0.145 on Thursday after the potash project developer announced that it has secured written interest from an existing potash producer to supply potash to a trading company currently being formed, a key step in its plan to become a supplier of potash to Metals and Minerals Trading Company of India.

As well, shares of Golden Star Resources Ltd. (TSE:GSC) fell 12% to $0.87 as the gold miner said it has entered into a bought-deal financing agreement, in which it will issue 22.75 million common shares at a price of US$0.66 per share for gross proceeds of approximately US$15 million.

MEG Energy Corp. (TSE:MEG), meanwhile, reported that it swung to a first-quarter profit as its net operating costs decreased 19% to C$8.53 per barrel. MEG Energy stock moved up as much as 7% before ending $0.02 higher at $6.84 following the announcement.

Finally, POET Technologies Inc. (CVE:PTK) shares rose 7% to $1.35 after the developer of opto-electronics fabrication processes for the semiconductor industry announced that it has agreed to acquire DenseLight Semiconductors Pte. Ltd., a private designer, manufacturer and provider of photonic sensing and optical light source products. The stock and cash transaction is valued at US$10.5 million to $11.5 million, depending on whether certain DenseLight revenue targets are reached.

Hi, did you know SmallCapPower accepts blog submissions? You can contact me here

The Content contained on this page (including any facts, views, opinions, recommendations, description of, or references to, products or securities) made available by SmallCapPower/Ubika Research is for information purposes only and is not tailored to the needs or circumstances of any particular person. Any mention of a particular security is merely a general discussion of the merits and risks associated there with and is not to be used or construed as an offer to sell, a solicitation of an offer to buy, or an endorsement, recommendation, or sponsorship of any entity or security by SmallCapPower/Ubika Research. The Reader should apply his/her own judgment in making any use of any Content, including, without limitation, the use of any information contained therein as the basis for any conclusions. The Reader bears responsibility for his/her own investment research and decisions. Before making any investment decision, it is strongly recommended that you seek outside advice from a qualified investment advisor. SmallCapPower/Ubika Research does not provide or guarantee any financial, legal, tax, or accounting advice or advice regarding the suitability, profitability, or potential value of any particular investment, security, or information source. 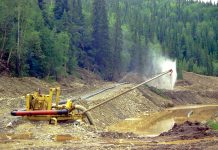