MX Player, which has more than 175 million monthly average users in India alone, is expected to provide a big boost to QYOU Media (TSXV:QYOU)

SmallCapPower | November 21, 2019: QYOU Media Inc. (TSXV:QYOU) (OTCQB:QYOUF) Thursday announced the launch of Q India on MX Player, which is one of the fastest-growing OTT (Over The Top, or any content that is transferred digitally over the Internet without requiring users to subscribe to a traditional cable or satellite pay TV service) platforms in India as well as the world.

MX Player currently has more than 175 million monthly average users in India alone and features a vast array of content targeting the Millennial India demographic. In addition, to MX Player, QYOU has distribution agreements with partners such as: Sony Liv, Snapchat, JIO, Samsung, Vodafone, Watcho, and Hotstar, which combined reach 750M+ subscribers. QYOU works with the platforms to have its content available as a streaming linear channel or on demand. With the addition of MX Player, QYOU content will now reach 925 million subscribers over the next year.

This announcement marks another significant milestone for Q India as it continues to grow its base of ad supported distribution partnerships. On November 7, 2019, QYOU said it has entered into a long-term distribution agreement for its flagship networks, “The Q India” and “Q Polska,” with Ethnic Channels Group, the world’s largest ethnic broadcaster that operates more than 80 television channels in more than 20 languages throughout the globe, serving the multicultural populations in Canada, U.S., MENA (Middle East and North Africa region), and Australia.

MX Player launched its OTT service formally in February 2019 and has quickly become the second-largest streaming platform in India. Digital TV Research has cited that India will be the fastest-growing OTT territory in the world from 2019 – 2024. In addition, ad revenue in India is expected to realize similar rapid growth according to recent reports from WPP/GroupM that project India ad spend growing at a rate of 14.3% annually as compared to a global average of 3.6%.

“Q India is perfectly matched for the users of MX Player,” said Karan Bedi, CEO of MX Player. “Our mission is to create India’s leading entertainment platform for Millennials and young audiences that demand an anytime/anywhere viewing platform. We are excited to have Q India join our offering of the best free entertainment on one platform.”

QYOU Media is a growing global media company, creating media products powered by the world’s top online influencers. Founded and created by industry veterans from Lionsgate, MTV, and CinemaNow, QYOU’s Millennial and Gen Z-focused products including linear television networks, genre-based series, mobile apps, and video-on-demand formats that reach more than 500 million people throughout the world. QYOU makes short video clips that can be consumed on mobile or through apps such as Snapchat, Facebook, Twitter, other Social Media, and Internet streaming networks.

QYOU Media investors should be encouraged by expected revenue growth coming from India. Ad sales are expected to begin to generate revenue for Q India during Q4/19. Management anticipates Q India to generate revenue of ~4.5M in FY 2020E. Major catalysts driving revenue include being included in the Broadcast Audience Research Council (BARC) India, which is the Indian TV ratings agency (like Neilson in the United States), and being included in BARC, which is expected to drive advertising revenue as advertisers use BARC ratings to gauge viewership data for media providers.

QYOU Media Inc. (TSXV:QYOU) is a featured sponsored company and has paid SmallCapPower.com a fee for coverage. To learn more, see our full disclosure HERE >> 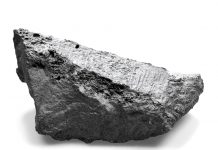 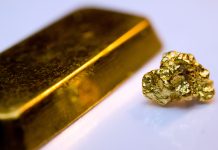 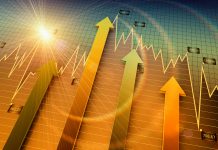 QYOU Media Inc’s Latest Distribution Deal is Worth a Look